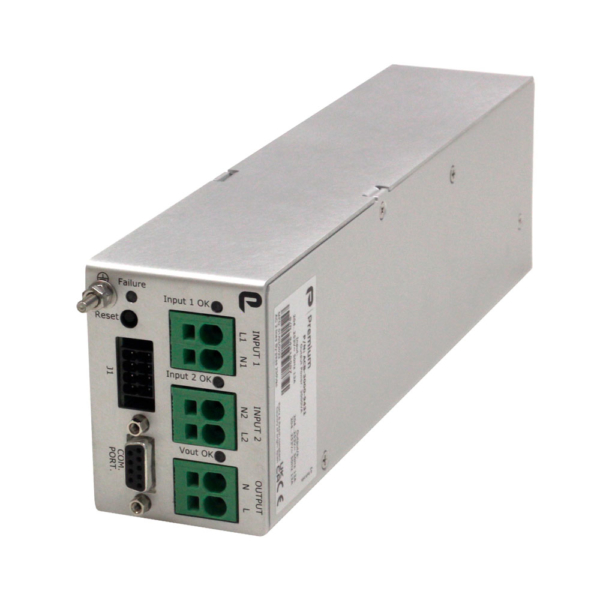 The ACB-3000 is protected against overload and short-circuits by means of a current limiting circuit and offers isolated CAN BUS monitoring, auxiliary DC input voltage from 15 to 139 Vdc for control and monitoring without AC input lines present and control LEDs and solid state relays that will change the state in case of failure.

The ACB-3000 is available as a complementary solution for DC/AC Inverters. A product that comes to meet the expectations of the industrial and railway sector.

The ACB-3000 is a current transfer switch converter which has 2 main AC voltage input lines and is capable of switch between them and give an output in case of failure in one of their input lines.

The device is protected against overload and short-circuits by means of a current limiting circuit. In case of failure the system has control LED’S and solid state relays which will change their state.

ACI-3000 Inrush current limiter
Scroll to top
Manage Cookie Consent
This site uses cookies. By continuing to browse the site, you are agreeing to our use of cookies.
Manage options Manage services Manage vendors Read more about these purposes
Preferences
{title} {title} {title}